A quick search in here only brings a breif mention by P47 in the Bad Batch thread.

Who’s using them already?
What response have you had from your players?

So, one of my players mentioned possibly going to a doc for a checkup, and it made me start thinking about chain codes (basically, how this would be a nice way to open up some interesting events, should said doc run his code, etc.), and how to standardise them in my game.

Wookieepedia has little more in the subject than any of us could glean from watching Mando & Bad Batch.

For my mind, I’m thinking I’ll use them as something along the lines of glorified National Insurance or Social Security number, like a BOSS code, but for people, that would be updated every time it’s used, as well as feeding back updates to databases with an older time stamp.

So, they’ll be linked to biometric data, and will contain the following:

That said, as an Empire thing, and a much younger system, their usage will be far less wide spread than a BOSS code.

What other thoughts would ya’ll have on the subject?

History and my general take:
Chain Codes appeared first in The Mandalorian, and then their origins were expounded upon in Bad Batch (yay! Worldbuilding! Makes a sentient fighter plane happy). A chain code identifies a particular person and, based on what we see in The Mandalorian, some ancestral information and basic descriptors (like a driver’s license. DOB, height, eye color, hair color).

I don’t think it’s updated with information like doctor’s visits and what-not (although it probably lists some health info, again, like a driver’s license), but it likely would list certain legal statuses, such as, like you say, service history, guild membership, and probably not criminal records, but that could be easily pulled up via a background check on data associated with the code, and certain “code readers” (likely Imperial issue) would automatically flag the code, showing previous arrests and outstanding warrants.

I think they could be a cool plot point for any players that are from the outer rim as something like that would most likely not be standardized and or kept out there and having to get one in order to go anywhere in the core worlds would be an entertaining way of pushing players to use aliases. That or to be able to use chain codes as clues for manhunts or bounties.

After some discussion with, and feedback from, my players, this is what I’ve settled on.

Chain codes are a living personal document, often used alongside other forms of ID, as a way to confirm the holder of the ID is the ID’s owner. Like a ship’s BoSS Transponder code, but for people, they usually take the form of scannable cryptograph on a small holo projector (working in a similar manner to modern day QRs), that would be updated every time it’s used, as well as feeding back updates to databases with an older time stamp.

Having only been introduced by the Empire around 20BBY, the usage of Chain Codes varies greatly across the galaxy:

Galactic Core/Inner Rim: Widely used on the vast majority of inhabited worlds. All citizens have one (either assigned at birth, or through enforced subscription when initially rolled out. Anyone without a chain code would find it very difficult to go about daily life in the Core, using it to access a multitude of services, including Public Transport, Education, Healthcare, or any form of Social Support.
Middle Rim: As above for all major trade hubs, most systems on major HS lanes, and any planets with a heavy Imperial presence. But lesser planets, or unaffiliated systems will have far less take up by the populace.
Outer Rim: most systems would not use them at all, or even keep a local database. With the exception being those under Imperial control, but even these would still like be less strict than in the core, as The Empire is aware of the push back most Outer Rim Systems have to bureaucracy.
Hutt Space: Little to no use at all.
Corporate Sector: The CSA have been using their own system of Chain Codes since long before the dawn of The Empire. In order to maintain good relations, they have shared their databases with the Empire, but to what degree they may have redacted data about their own agents and officials is unknown.

The major difference Chain Codes have from BoSS codes, is that the Empire is relying on widespread Code Usage for the spread of data, rather than undergoing the expense of sharing databases via the Holonet, or messenger. This has left the system open to exploitation where their use is less ubiquitous.

Forging a new Chain Code requires a Hard (3) Computers check, although GMs should feel free to add Boost or Setback dice to the check depending on the circumstances.
Editing an existing Chain Code requires the same, however, it should be noted an Edited Chain Code is like to get overwritten if used somewhere with that code on its database, undoing the Character’s hard work.
Threat and Despair on successful checks, may alert anyone reading the code to the fact that it has been tampered with.
Threat on a failed check could damage the Chain Code display. Despair on a failed check could make it completely unusable at the GM’s discretion.

OK, this may make me sound stupid but what is a BoSS?

Hey, not stupid at all.

BoSS - Bureau of Ships Services.
Basically, the Space DVLA (or DMV in the States), except they’re an 18000 year old dynasty that look after the registration of all Starship Transponder codes, and even The Empire doesn’t mess with them (because they actually perform a very useful galactic service, if you’re in the business of tyrannical rule). 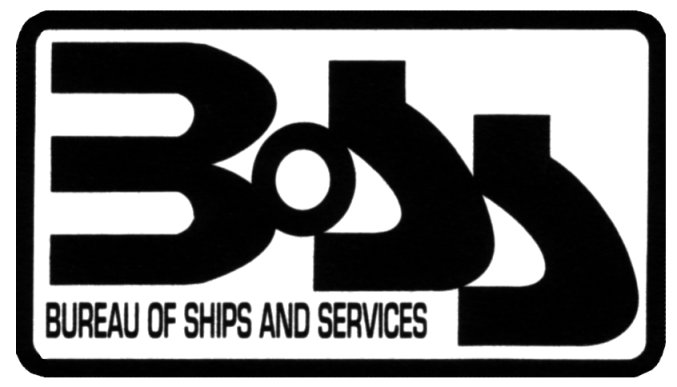 Bureau of Ships and Services/Legends

The Bureau of Ships and Services (BoSS), also known as Imperial Ships & Services, was an extra-governmental galactic agency responsible for assigning unique transponder codes to starships and tracking their movements through space. A fixture in...