In my experience, both witnessing player choices and browsing SWSheets, I have never and I mean never seen a Gank that wasn’t a min-maxed cyber tech, regardless of whether or not the character had a good backstory or was played well.

Have any of you seen or made a Gank that broke the mold? I’m very interested to hear any stories you may have.

Gunk the Gank with a GONK droid that has been modified to be a mobile music player so he can perform.

Just so everyone else can see it. Here is my contribution to P-47Thunderbolt’s dream of seeing a brighter Gank presence in the galaxy. 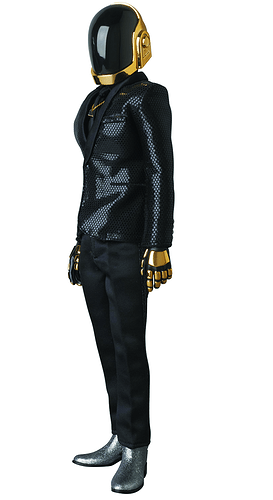 I’ve thought about a Gank - Explorer (Archaeologist) as a backup character. But I’ve never actually played a Gank. As I haven’t played it I don’t have any stories to tell, but it’s not a Gank Cyber Tech at least.

Does it count if the PC was only mechanically a Gank, but Narratively Human?
See Atelia, in my Damaged Goods write up. The player used Gank for her, because she wanted the extra cybernetics to represent all the replacement parts she needed after the incident.

Maybe it doesn’t count because it’s an NPC, but a fellow GM in a large PbP server just made Gank Melee weapon crafter (Mechanic by spec). Inspired by the Cyber Tech in recent Boba episode, has integrated toolkit, but uses it to make vibro weapons, preferably.