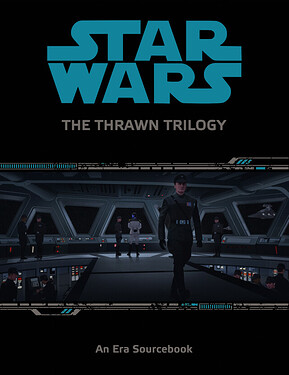 The Thrawn Trilogy is a free, new, Era sourcebook. It is inspired by the West End Games sourcebook of the same name, which was in turn based on the novels Heir to the Empire, Dark Force Rising and The Last Command by Timothy Zahn.

I love homebrew endeavours like this. Here’s the link: https://drive.google.com/file/d/18vNDBwBy3_xPfzy2ouIhuswaZiEsY7rD/view?usp=sharing

Wow. This is great. Love this time period.

Ima have to read this for sure…