How often do we have to replace the bacta in the tank?

On our ship we’re planning on having a Bacta Tank and filling it (according to the Edge of the Empire core rulebook page 182) costs 4000 credits. On page 176 there is slightly more information about bacta, but not about replacing it. There’s no info on page 220 either.

Or is the bacta in a full tank re-usable “forever”? 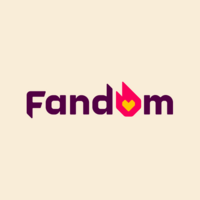 This is a viscous and clear liquid containing a myriad of genetically altered and synthetic bacteria. It is able to accelerate the rate of healing wounds (with little to no scarring) and curing disease. For a litre, For a person-sized tank, It...

One liter is 20 credits.

Yes, that I do know.

We were thinking about the full sized tank that costs 4000 credits to fill up. How often does that need to be replaced?

For example, if a character spends a week immersed in a Bacta tank, healing wounds and criticals. How much bacta would need to be replaced? The whole tank, a couple of liters (like 1 literper 24 hours of immersion), nothing?

Well, bacta is basically bacteria, so it would likely last a while. Unless you are trying to burn through the party’s credits for some reason, FFG likes to lean on not keeping track of stuff like this in favor of heroic action and storytelling.

I wouldn’t charge 4000 for an entire refill, since that also includes the mechanical parts. Maybe 50 - 60% of that cost for a refill.

Maybe flip a Destiny point when they are healing, and if a Despair happens then you can make them have to refill the bacta tank.

Nah, I (as a player) didn’t just want to assume that if we got a full tank of bacta that it would be “forever”, with no future cost to replace the bacta. I guess it’s up to the GM in the end, but I just wanted to check.

The idea about despair is a good one, I’ll run it by our GM, see what she thinks.

The rules on Bacta are… incomplete.

@SuperWookie’s suggestions are solid, for my purposes I try to handwave bacta tank treatments as much as possible, or require “priceless means” of acquiring bacta, such as theft, grant, or discovery. I calculated out (roughly) the cost of acquiring a tank’s worth of bacta and got a total of roughly 20,000.
20,000!!!

Even with a 50% pricecut for buying in bulk, you’re looking at needing 10,000 credits just to fill the tank.

My suggestion is to handwave a “bacta recycler” that uses the same bacta many times (which is present in the lore) and use Despair or the like to determine that the bacta needs replenishment.

Does not anyone realize that bacta is Soylent Blue?

No, it’s a transparent blue. It appears somewhat pink in Empire Strikes Back, but that’s just the lighting and reflections. 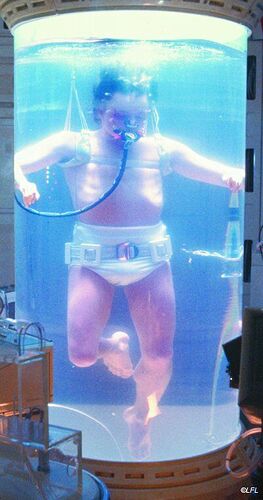 Bellona brings up a good point though. Was it really just transparent and the Star Wars gaming and artist world has made it blue?

To me, the picture makes it look like it’s just a question of the lighting above and the background colours around the tank. Blue lighting or blue background? Then it looks blue.

In the new trailer for Book of Boba Fett. From the screen shot it looks clear. Again it could be the lighting.

In my campaign, my players somehow misread the price of bacta and for a time very early in their careers they were determined to become “bacta pirates”. They had plans to raid medical frigates and sell the bacta to the highest bidder. Eventually they reread the rules and came to their senses and went on to become an upstanding group of murder hobos

However, they’ve decided of their own accord that regularly replacing the bacta is a good thing. It’s become a bit of a trope in our campaign that they set aside funds as part of the ship upkeep to regularly replace the bacta. Usually because one of them got into it after being filthy and no one else wanted to get in afterwards. Apparently murder hobos can be germaphobes. Who knew.

Depending on where they are and the situation they’ve been in, I’ve charged them anywhere from 500 to 6000 credits to refill it.

Its been a random source of plot points ever since. Including the time that some “actual Bacta Pirates” broke in to their ship and stole their bacta. Or the time when one of the players got poisoned by a batch of bad bacta and they had to figure out how to save him.

Best suggestion. It costs X handwavium and whatever plot fuel you need.

What I am going with in my game is that a liter of bacta is mixed with the amount of water it takes to full up a tank, and it will need to be emptied for each person. It hasn’t come up yet, but thats my idea.