Hey folks! Really excited to share that I have released my miniature creator on the TTS platform. As far as I am aware, this is the first 3D character creator to be on the Tabletop Simulator platform, so I’m pretty excited. Here’s the link: Steam Workshop::Star Wars RPG Miniature Creator

Through a simple drag and drop system, you can create custom player figures, NPC figures, and more. The system works through kitbashing Star Wars bodies and heads from older Star Wars video games to allow for a ton of creative options from making NPCs on the fly to custom designing your own character. You can continue to customize with a selection of hair that you can attach to each model, custom colors for skin, and more!

This initial set features bodies and heads representative of the core species and careers available in the Edge of the Empire Core Rulebook. Follow up releases will cover other core rulebook species and more!

A few pics below: 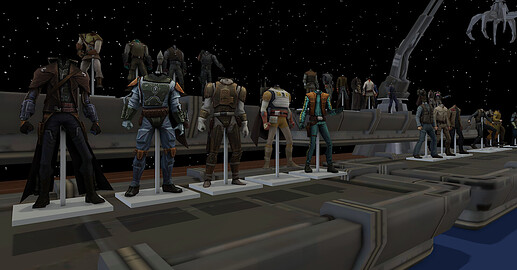 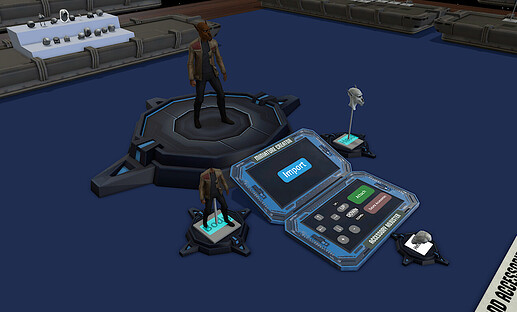 Here’s a quick gif to show off how it works:

Wow… I am blown away. This is amazing. Gonna use this immediately

I’ve been recently trying to figure out how to use TTS to create 3D maps; this will make it even better!

I’ve been recently trying to figure out how to use TTS to create 3D maps; this will make it even better!

If you need, my other mod the Asset Pack, as a lot of pieces for map building here: Steam Workshop::Star Wars RPG Assets

Yeah, thanks, that’s the one I’ve been using. It’s more getting to grips with TTS itself (and OneWorld) that has been giving me problems. I want to import ship deck plans and build them up, similar to the YT-1300 model in your pack.

I tried it out, very nice job. Everything works pretty well, I made a bunch of interesting characters with it.

Any chance we can get more hairstyles?

ooo you’re the first to request that!

My current line up of changes for this coming week’s update include:
-attaching weapons
-attaching helmets
-sullustans + kel dor

I can definitely look into adding more hairstyles down the line.

Hey folks! I’ve just updated this with a load of new stuff. 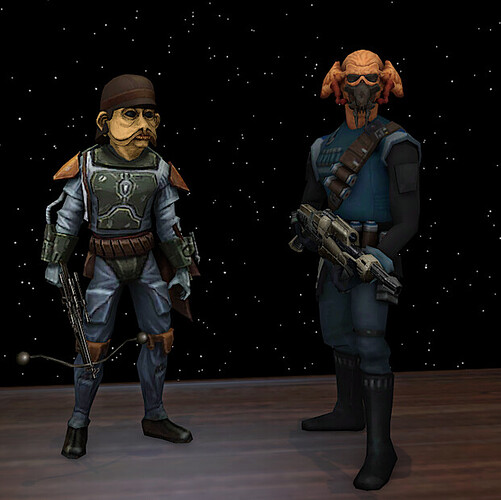