Hey all- got a new group going through Escape from Mos Shutta. We had begun on Roll20 but I found Tabletop Simulator far superior. This is what’s possible:

The adventure begins in the Mos Shutta Cantina: 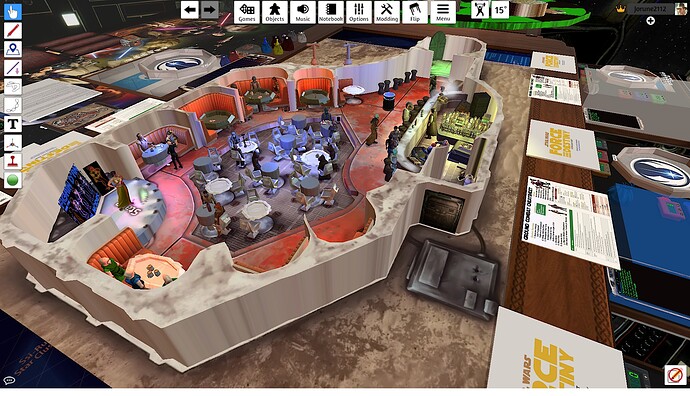 Apologies, but as a new user I am only allowed one imbedded image per post. This is 1 of 7.

Than off into Mos Shutta (this was my first creation. I used someone else’s elevated Mos Shutta map, and part of the layout from another posters on TTS. But I did have to build it from the ground up in order to use a TTS mod called One World. It ties it all together): 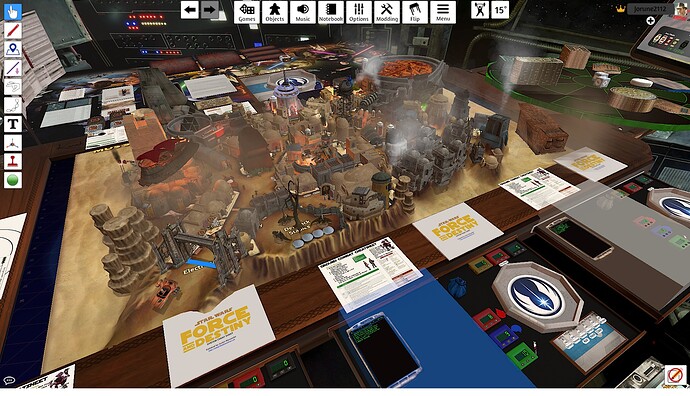 The map is large, but you can zoom in real close to the locations. So the firefight with the Stormtroopers can be played out on this map.

Now to Unlock the Krayt Dragon: 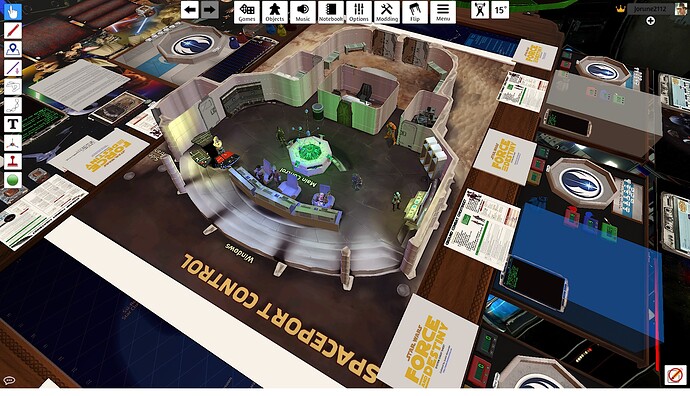 After dealing with Trex, the Krayt Dragon is stolen: 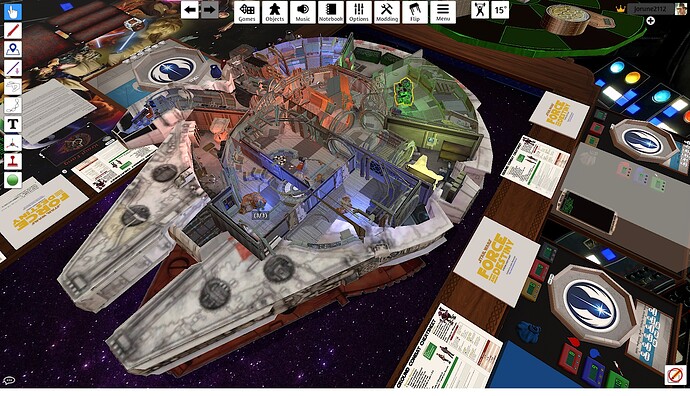 And the finale, fending off the Tie Fighters: 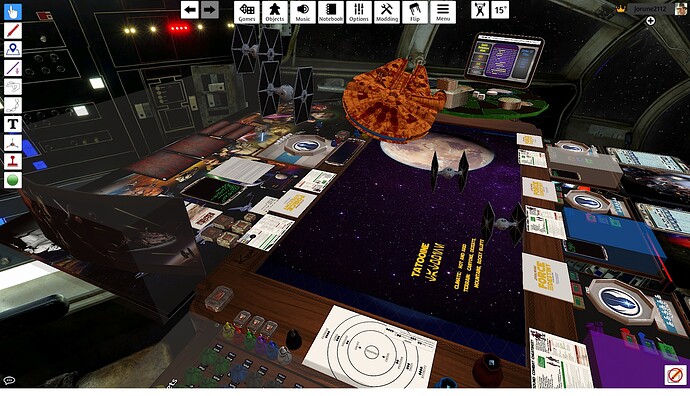 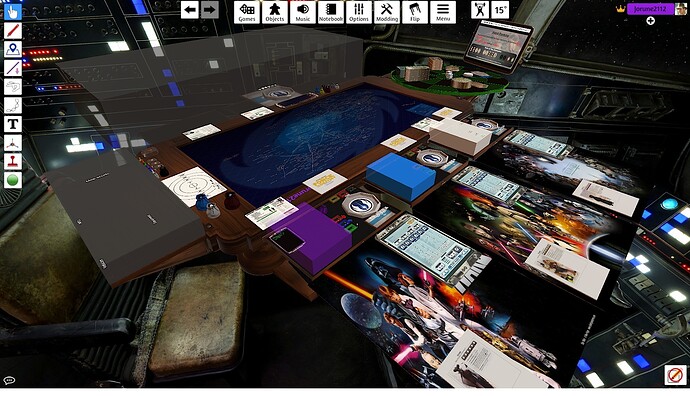 The grey boxes is only visible to the GM: 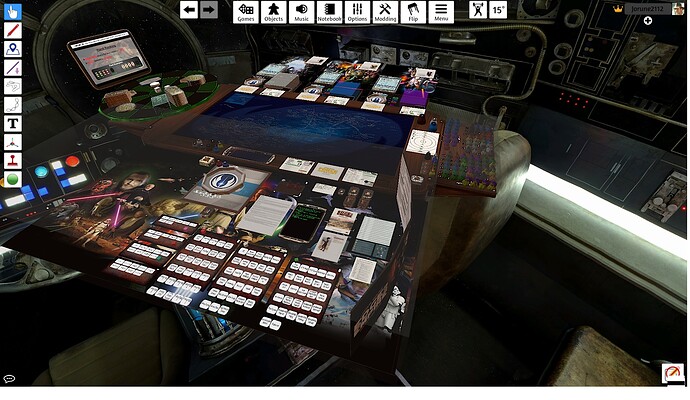 Any questions on using TTS I’ll try to answer. But for me, going from Roll20’s flat 2-D maps to this…I can’t go back.

I’ve continued into the Long Arm of the Hutt…here’s a sneak peek: 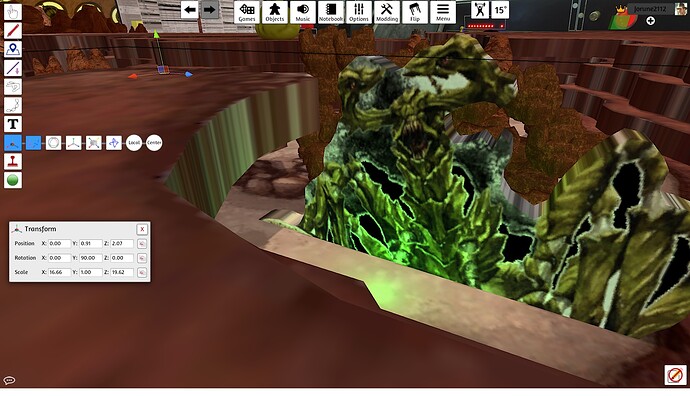 First of all, welcome here!
Secondly… Wow! This is amazing work!