I’ve got a couple of works in progress over at mySWRPG, just thought I’d give a little tease.

First up, is a conversion of the old West End sourcebook Cracken’s Rebel Operatives. There’s a lot of stat conversion to do, and finding suitable substitute art, since the original is black and white line art and some of it is…we’ll just say…kinda crude work. So, it’s going to take a while, but it’s in the works. 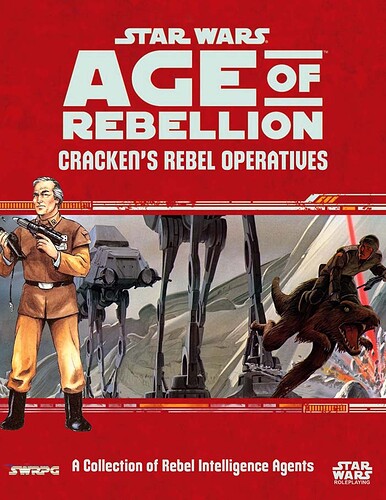 Next up is an adventure module, adapted from a subplot I ran for one of my groups that led to a conclusion that…still has my wife (one of my players) mad at me. 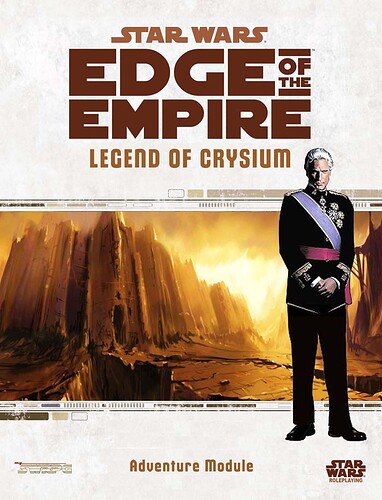 My Google-fu is failing me. Anyone know of a good image that approximates the look of Graf Yonna from Cracken’s Rebel Operatives? I really like the overall look of the character (and this is one of the pictures in the original book that isn’t too bad), but I’d prefer a color image that’s closer to the general artwork style of the FFG books. 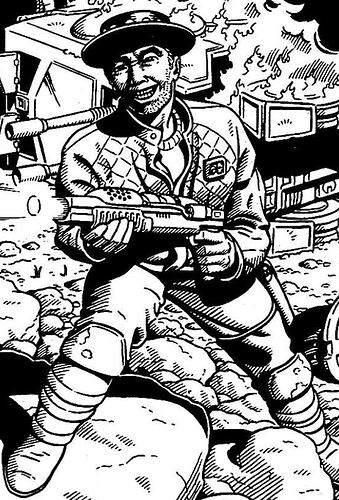 I’m interested in checking out the Legend of Crysium adventure. Do you have any info/work file available for it?

No formal notes…since it began as a subplot running across sessions (starting with session 1), they’re scattered among files and hand-written notes, and didn’t necessarily make it into the session summaries that I’ve posted to date (which are way behind). But, here’s a quick summary: 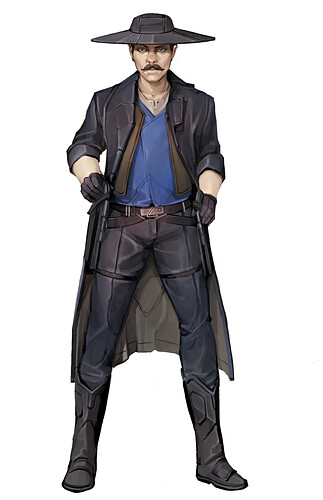 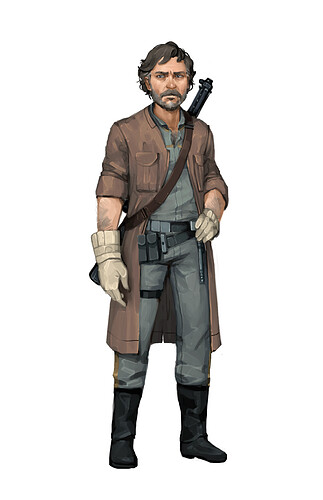 Here’s a link to the “Send Nunes” discord server I perused through for the above. You might find something else you’re after there.

@Marlow thanks! That middle one especially kinda captures Graf’s look, but I haven’t found anything that captures both the look and the chaotic vibe that the character seems to give off. (Yes, I’m being picky…lol.) Looks like the link to that server didn’t take…can you repost it?

This is one that, depending on pricing, I may bite the bullet and find someone to commission something from. Then, of course, to help justify the expense, I might have to make sure my group runs into Graf sometime…

As I start working on larger projects like this, setting up a Patreon for mySWRPG is certainly starting to look attractive to me.

Work’s progressing slower than I’d like, just because real life (and keeping caught up with The High Republic

) ) has been getting in the way. But, I finished up the first section in Cracken’s Rebel Operatives, “Military,” this weekend, and felt it was the perfect time to post an update/preview. 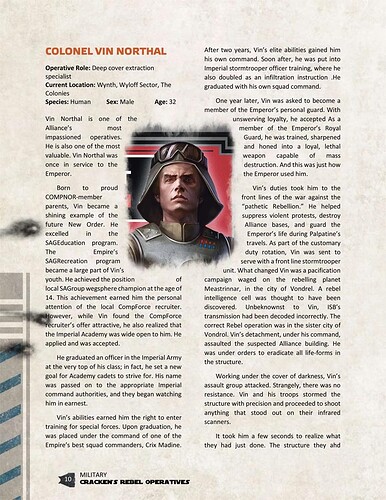 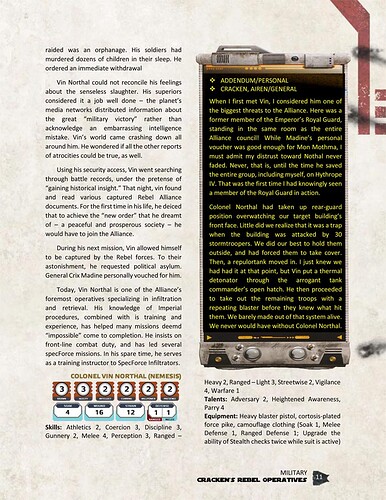 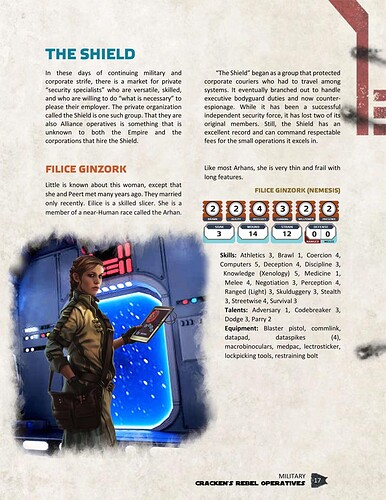 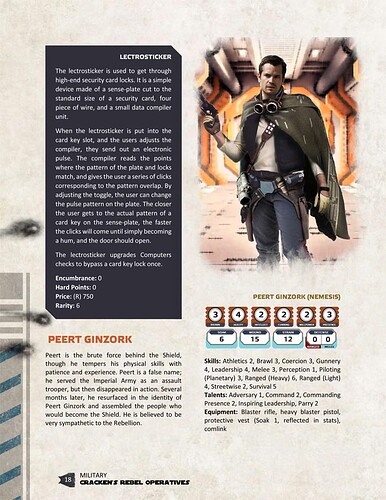 What is the status of your Cracken’s Rebel Operatives guide and your Patreon?

I’m coming out of our “all hands on deck, overtime every day, crazy, pull-your-hair-out” time at work so I haven’t made much more of a dent in Cracken’s Rebel Operatives - probably three more entries in the “Intelligence” section. I’d hoped to have it done before the end of the year, but looking at how much is left, that’s probably not realistic.

I haven’t launched the Patreon, because I haven’t felt it fair to do, given my low output with that crazy work time. But given interest, possibly here in the next couple of weeks. I’ve got tiers in place already (including some that I’m not going to turn on until I can get a stockpile of larger projects ready to go)…it’s just a matter of turning it on.

Just about done with the Intelligence section, but I’m at the entry I’ve been dreading, just from a replacement artwork stance. As I dive in to look, myself, anyone know of good substitute art for Dælar vuv Tertarrnek? As a Covallon, he’s the “pet,” but the whole character concept - a Rebel posing as a Moff’s non-sentient pet - seems like having an Imperial and Dælar makes sense, just like in this original? 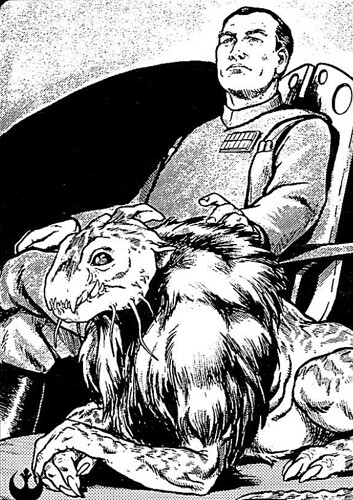