What’s an SWRPG forum without a thread for ships, vehicles, and the like?

I love me some Ghibli inspired Star Wars 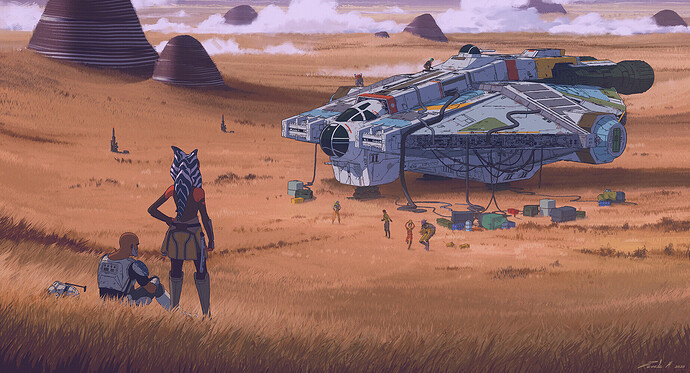 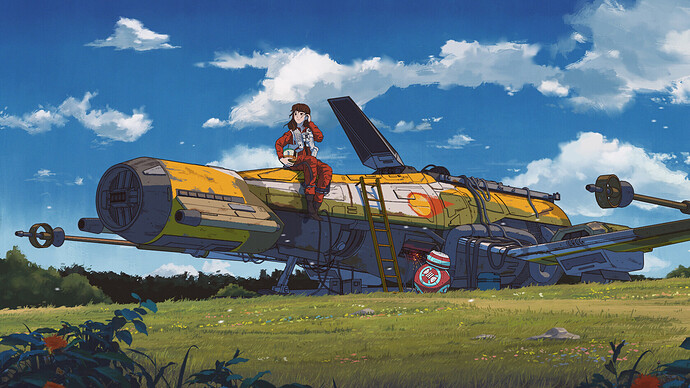 I have created a deckplan for the Darvro-class Light Freighter because I wasn’t able to find one out there. In fact, I was only able to find one picture of the ship anywhere, so there wasn’t a lot to go on! 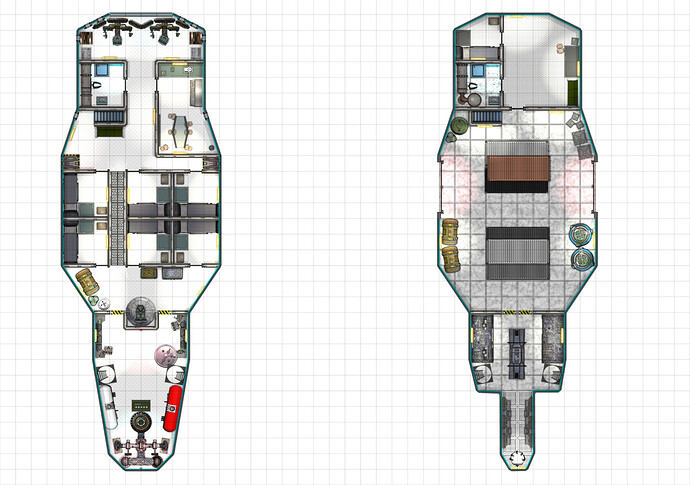 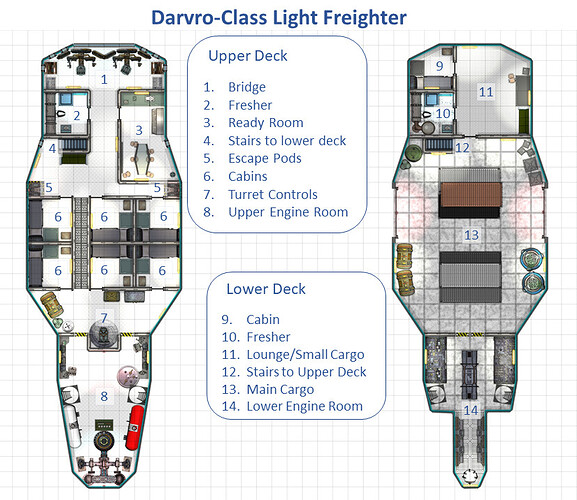 That reminds me… I’ve got a few deckplans lying around I suppose I should share. I made this one on request for someone on the FFG forum since there were no deckplans of the Crucible anywhere, and what we see in the show makes no sense. 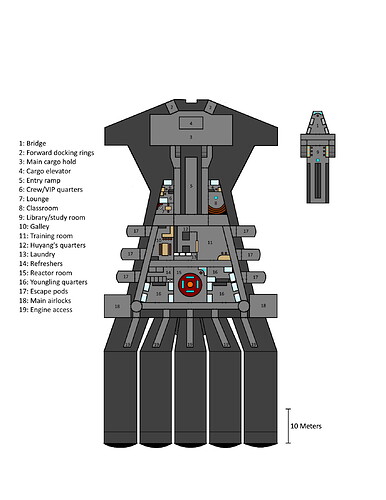 My players sometimes just start out with a ship, but in my current campaign they’re playing as scavengers / treasure hunters, so I thought it would be a great opportunity to have them discover it - in this case within the hangar of a downed Star Destroyer that had captured it before being diverted to the battle of Jakku. Once they managed to get their hands on a barely-used YT-1300, they were pretty happy to leave their not-even-spaceworthy old AT Hauler in the hands of some local scavenger girl and take this thing for a spin.

Ooo, awesome! That’s a cool way to handle it, and the picture is awesome. It also makes me wonder how it got there, and what its story is. Is that something you’ve considered? Maybe an interesting side story of sorts, as they start finding things in the ship that point to its previous owner(s)?
And welcome to the forum. :)

Would anyone be interested in doing a Deck Plan for a the Republic Consular Class Frigate?

There are a couple plans out there but hard to get decent quality. I’m looking for something a bit more beat up as the ship is now in the hands of a Trandoshan Hunter company. So it will be outfitted with weaponry and containment cages inside.

Preferably in both standard and mirrored layouts

From what i understand, CR90 corvettes have 2 decks with a circluar stairwell at pro and stern along with catwalks in the genine area 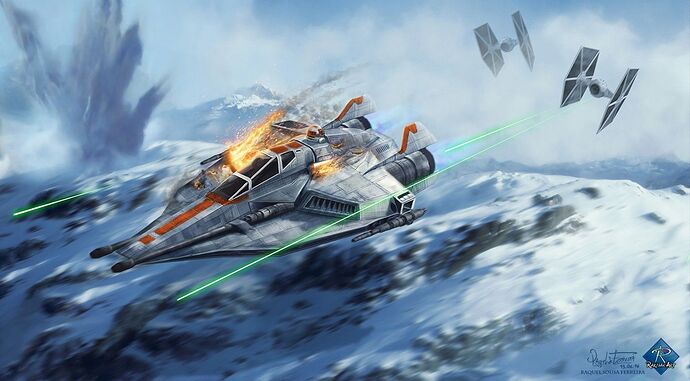 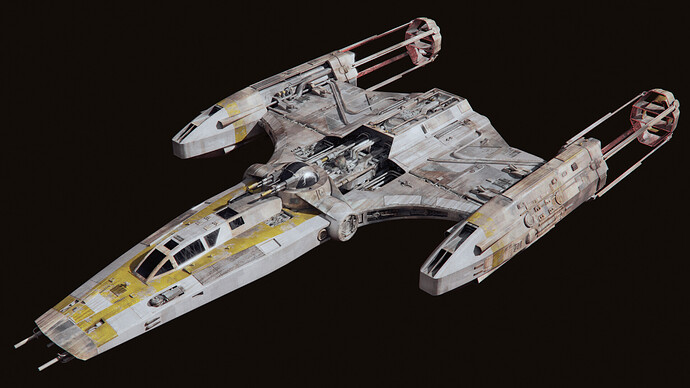 What the heck is THAT supposed to be? It looks like an A-Wing crossed with a Snowspeeder and with the addition of an astromech slot!

Well, judging by it’s profile, I’d call it a C-wing

Wasn’t referring to the one at the bottom. Though C-Wing does seem to fit that one.

No, I was talking about your earlier posting, the one getting shot at by TIEs. You have to admit, my description of ‘an A-Wing crossed with a Snowspeeder and with the addition of an astromech slot’ is rather apt for that particular one.

I think that’s just what it is… An A-Wing crossed with a T-47 with an added astromech port.

Fair enough. But it certainly looks cool, despite how unusual it is. Might use that art sometime as basis for a crafted starship.

Oof, nearly started a second thread, cos I didn’t see this one already existed.

I have no art (can’t draw) but I love modelling and painting, here’s pics of my groups ship, YT2000 The Fateweaver. (Kitbashed 1:242 Millennium Falcon) 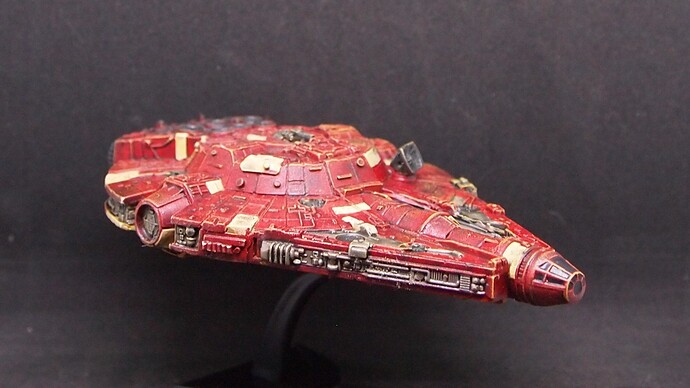 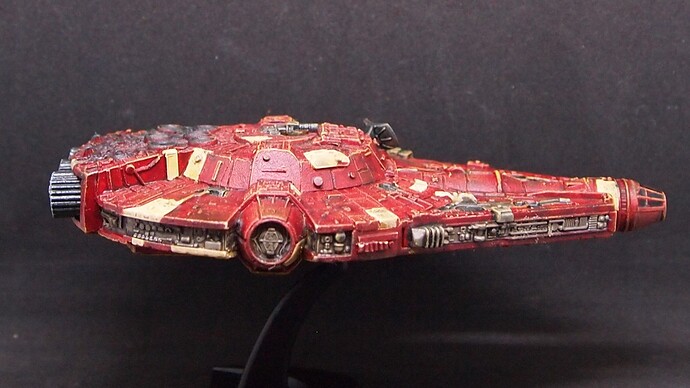 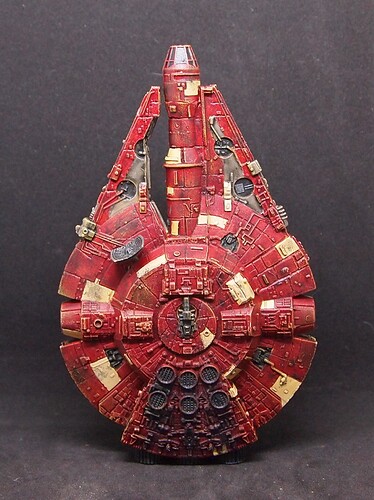 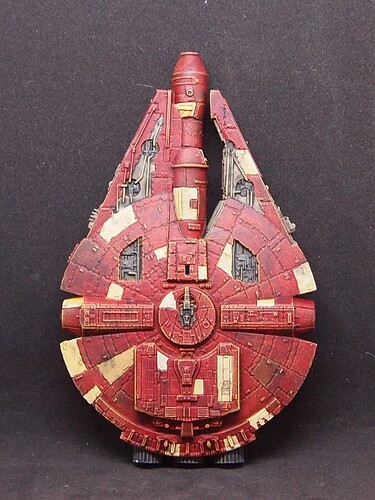 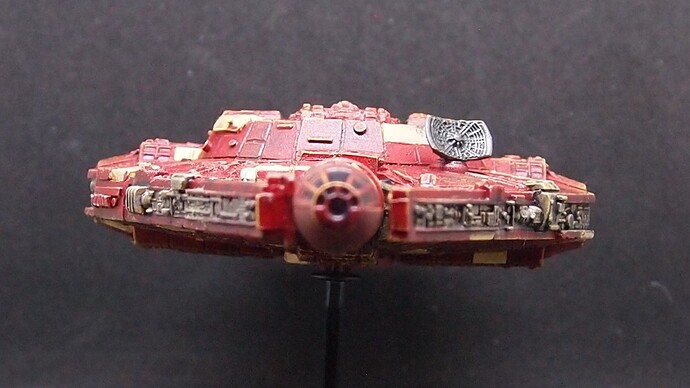 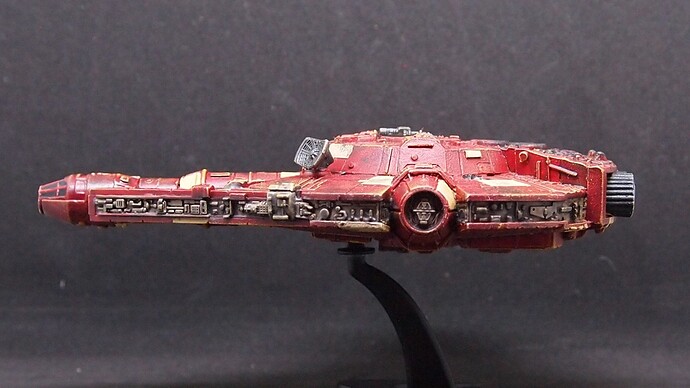 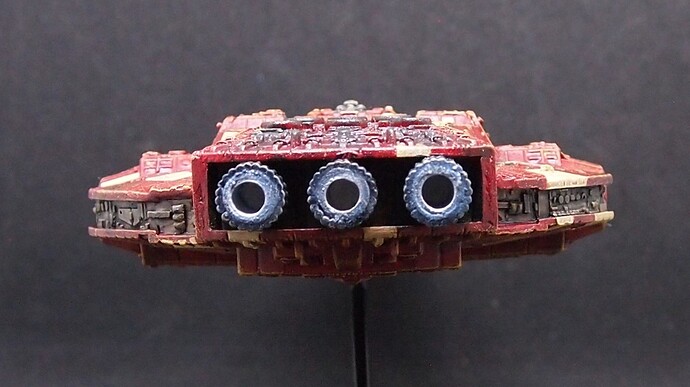 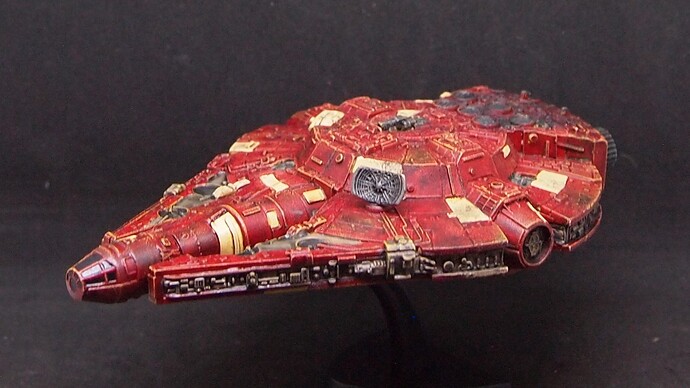 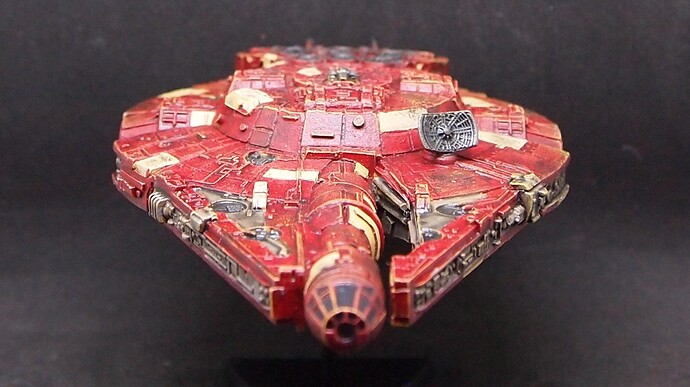 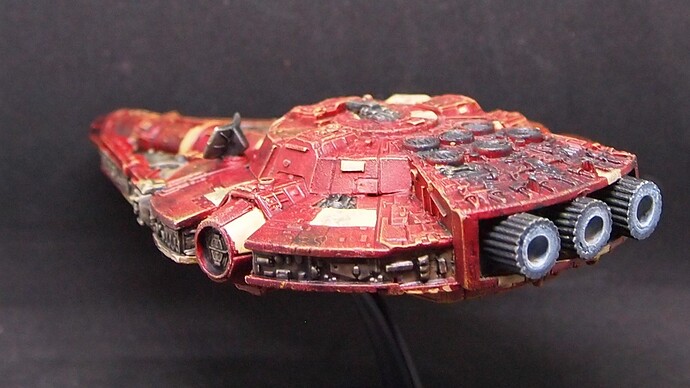 And lastly, some of my crude PS skill, lol 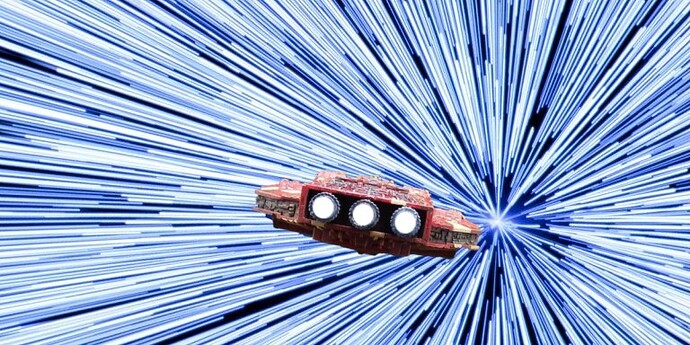 And lastly, some of my crude PS skill, lol

OK that looks very nicely done for the hyperspace jump. I like!

Im working on the nubian design collective’s whole vehicle crafting handbook, and im going to create a python program to figure out good prices for stuff using the least squares method. @P-47Thunderbolt is helping me figure out the spread sheet. It occurred to me that i could encode the nubian design collective rules behind a simplistic python gui with a feature of generating a percentile table for how long (how many craft and grind attempts it’d take you to make a ship) and how much it cost. It also occurred to me that i could convert silhouette and ambiguously small/large silhouette into a minmium sphere that a ship must exceed and a bounding cube that it must fit within, without much difficulty (yeah i did the math, “length”, more generally distance, is exponential in silhouette). And if i set up that space as a guide line for people to work within that would be a great basis for a deckplan making program, i of course don’t have time to code the deck plan making program myself, but i can advise. The idea is basically something like gimp or paint with a pallete of small clipart components to drag and drop, it wouldn’t be entirely difficult to tie the available options on the pallette (e.g. engines, because ion turbine engines are small reliable and efficient, which sets a size of the clip art) to the ffg ship stats. So the math side i can help with, and the stat generation i can mostly do myself, although getting people to fill in stat blocks of attachments would help. But is there anyone out there with the inclination to code the deckplan program. A super stretch goal would be to automatically turn the deck plan into a 3d model, thay could be used in 3d art or video games. We’d probably restrict it to sil 3 to sil 5 (maybe sil 6 and sil 2) star ships because that’s what most players would normally use in rpgs. Anyone interested in working on that, just gaging interest at this point. The language would by python, maybe cython (hybrid of python and c/C++ for speed of graphics)